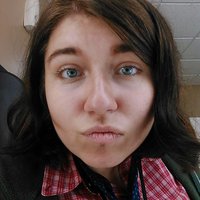 Currently studying to become a an Animator and major in Psychology.

Just your average cosplayer, making a living off my hobby. I've been cosplaying since 2011 and my first cosplay was England from Hetalia. The first con I went to was new at the time and was run by one of my friends, and is now a very popular convention in the mid-south called "Anime Blues Con".

I've grown since 2011 and have met some very awesome people I like to call my family. Cosplaying is my life.